The Delburn Wind Farm is one of the first wind farm developments in Victoria to be proposed over pine and (limited) blue gum plantations. The proposed site also has different ecological values to those found around most other Victorian wind farms. It is essential that we fully examine the ecology of the surrounding area and the potential impact of the construction and operation of a wind farm.

This report specifically addresses the nine Matters of National Environmental Significance to which the EPBC Act applies.

This report specifically addresses the nine Matters of National Environmental Significance to which the EPBC Act applies.

The proposed wind farm site is in an area of HVP Plantation known as the Thorpdale Tree Farm. Most of the site has been plantation since the 1960s. Scattered throughout the project area are fragments of remnant native vegetation which provides habitat for native fauna. Most of the native vegetation is located along roadsides, waterways and beside dams in small patches which are not well connected. The roads include public roads such as the Strzelecki Hwy, Deans Rd, Golden Gully Rd, Smiths Rd and Creamery Rd and private forestry access tracks. Public roads are the responsibility of either Regional Roads Victoria or local councils, depending on the road, while the tracks are maintained by OSMI or HVP. The project area is surrounded by agricultural land, which also supports lifestyle blocks. There are also a number of small towns and communities, walking trails, several patches of good quality bush and a fish farm. The placement of the turbines and associated foundations and hardstands has been carefully designed to avoid direct impact on native vegetation and waterways.

The widening of public roads and intersections to access the project area, project construction activities such as access roads and underground electrical cabling, and the operation of wind turbines themselves have the potential to impact local ecological values. These potential impacts, and the ways in which they have and will continue to minimise them, are discussed below.

Desktop studies and on-ground surveys were conducted to determine the likely presence of flora and fauna of National, State and Regional significance. These assessments are based on a range of factors such as quality and extent of habitat and frequency of sightings.

The surveys found two species of National significance on the site:

Due to the significance of these rare populations, the project has been modified to ensure there is minimal impacts on these species. Access tracks have been designed to completely avoid impacting Strzelecki Gums. There is a need to cross a small creek to access the site, which uses an existing creek crossing to minimise the disturbance to Growling Grass Frog habitat. No Growling Grass Frogs were observed in this location which is located away from good quality habitat. Best practice construction techniques will be used to minimise any impacts from construction activities such as sedimentation downstream of these works.

An Environment Protection and Biodiversity Conservation Act referral was submitted to the Commonwealth Department of Agriculture, Water and Environment on 2 June 2020 to determine whether the project will impact any Matters of National Significance and therefore be considered a controlled action. For more information and supporting documents, please see our planning page. 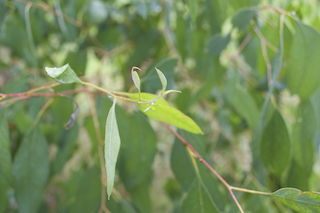 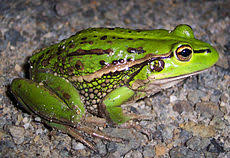 One flora species, Yarra Gum, and no fauna species of State significance were identified during our surveys.

Species of Value to the Local Community

There are some plants and animals in the surrounding area that are of significance to the local community, but do not hold an official conservation rating or were not observed during our surveys. These include (but are not limited to) the following animals:

The potential impacts to these species has been considered and will these species will continue to be monitored as the project progresses.

Birds and bats are particularly susceptible to impacts from wind farms, as they are the only species which occur at the height of the moving blades, and so they warrant specific investigation.

Bird utilisation surveys are conducted over several seasons, to document the species composition, the frequency with which each of those species uses the project area, flight path height and the distribution of these species across the landscape. Conducting survey point counts in a plantation can obscure the ecologist’s view of birds, however, given the location of the project it was appropriate to complete the counts within the plantation area. The bird count locations were strategically placed in higher, more open areas, to maximise sight lines while remaining within the project area.
Fifty-five native bird species, comprising 1,285 individual birds, were recorded during the 64 fixed-point bird counts and incidental surveys. Four bird species were recorded 50% or more of the time during the survey period:

No Nationally or State significant bird species were observed during the fixed-point count surveys.

Only 1.1% of bird species were observed flying at the height of the turbine blades (defined as the Rotor Swept Area, or RSA). Birds observed flying at RSA included Yellow-tailed Black Cockatoo and Pied Currawong. All species observed within the Rotor Swept Area were common birds not listed as threatened on DELWP’s advisory list or listed under the Environment Protection and Biodiversity Conservation Act 1999 (Cwth) or Flora and Fauna Guarantee Act 1998 (Vic).
While not observed at RSA height, Wedge-tailed Eagles (Aquila audax) were recorded within the study area and are likely to fly at and above RSA when foraging.
Birds such as raptors, wetland/waterbirds and parrots generally have flight characteristics that make them more prone to collisions with wind turbines. These species are usually larger, less mobile, occur in flocks (particularly parrots) and forage in more open areas. Some minor changes in local distribution and abundance of these species may be expected as a result of the ongoing operation of the turbines, and although these impacts are expected to be minimal, in line with the stated AusWEA (2005), collision potential and post construction monitoring may need to be completed to further assess the impact of the project on bird species and populations.
It would appear from other wind farms that birds do adapt and avoid turbines. There is further discussion on this, including references, in section 6.5 of the Biodiversity Assessment.

Although nocturnal surveys and active searching for evidence of the targeted forest owl species, such as pellets, white-wash, prey remains and use of hollows in suitable habitats was undertaken, none of the targeted owls were detected within the study area. There is a moderate to high likelihood that the Powerful Owl uses native vegetation within the study area for foraging and roosting activities as they have been observed in surrounding patches of native bush. However, they are unlikely to be impacted by the turbines due to their flight characteristics. Other owl species are less likely to occupy habitat within the study area.

Bat surveys were completed in accordance with Commonwealth Survey Guidelines for Australia’s threatened bats (DEWHA 2010b). To detect the presence of microbat species bat detectors were installed for 29 days during October 2019.
Five native bat species (all common in the local area) were detected during the bat surveys:

Only the White-striped Freetail Bat is known to regularly fly within Rotor Swept Area; the remainder usually forage at lower heights around vegetation and waterbodies. Although bat surveys were undertaken across the study area over several nights, no Nationally or State significant species, such as Grey-headed Flying-fox, Common Bent-wing Bat or Yellow-bellied Sheathtail-bat, were detected within the study area or adjacent bush.

The project will require the removal of approximately 15.60 hectares of native vegetation. In Victoria, all vegetation requiring removal needs to be offset by preserving vegetation of a similar or better quality, with similar habitat value (unless certain exemptions apply).
To determine the area that needs to be offset, a 17-metre buffer has been added to the area to be cleared, as required by Victorian government guidelines. This area allows for tree protection zones (TPZ) for large trees in patches, and results in an offset requirement of 41.41 hectares. This calculation represents a worst-case scenario by assuming all areas of native vegetation adjacent to cleared areas contain large trees for which the TPZ buffer is required. This area is the result of design refinements which have altered the path of access roads and underground cabling to minimise the number of large trees and the overall area of vegetation which would need to be removed. Further detailed design is likely to reduce the required areas of native vegetation impact and offset further.
The break down of remnant native vegetation by EVC, including areas proposed to be cleared, is shown in the table below.

To offset the vegetation impacted by the project, remnant vegetation of equal or better quality in the region needs to be protected under a protective covenant. There are various methods of securing native vegetation for offsets, the easiest of which is to simply purchase areas which have already been assessed and listed on the state register. However, greater ecological and financial benefit to the local area could be realised if offsets on private property close to the project area which are not already under a protective covenant is purchased by the project.
We would like to work with local landowners to identify and assess suitable patches of native vegetation. If you or someone you know might be interested in providing native vegetation offsets or conducting revegetation on your property, please get in touch via our contact us page.

The Strzelecki Biolink is an ambitious, long term, multi-party plan to provide a continuous corridor of habitat linking the Strzelecki Ranges in the south with the Baw Baw Ranges in the north. We are working with Latrobe City Council and other project partners to identify potential gaps in the Strzelecki Biolink that we may be able to help address, either by protecting existing corridors of native vegetation for our offsets, or by restoring unvegetated areas to fill in gaps in the habitat corridor.