The Delburn Wind Farm is proposed to be built in an area that is recognised as having as existing fire risk. An extensive Bush Fire Risk and Mitigation Report has been prepared by Fire Risk Consultants to draw out any increase in this risk that may result if the proposed wind farm goes ahead. The risk assessment considers both increases in risk to the surrounding community, as well as the risk to the wind farm itself arising from its location within the plantation.

We have also had some preliminary discussions with CFA in relation to the project, and as part of our planning permit application process CFA will be a referral authority. This means that CFA will be required to comment on and attach conditions to any permit that may be granted.

The risk assessment concluded that the Delburn Wind Farm proposal would not increase the bush fire risk in the landscape if a number of recommendations included in the report were adopted during development, construction and operation. To meet these recommendations, we have incorporated specific design measures into the proposal to reduce bush fire risk, including the following:

Other areas where we can work to reduce the risk of fires are through associated infrastructure development and management collaboration with HVP during the operational life of the project. These areas include the following:

The risk assessment considered aerial firefighting in line with guidance provided by the Australasian Fire and Emergency Service Authorities Council (AFAC) and concluded that wind turbines are not expected to pose an unacceptable risk to aerial firefighting operations. Fire suppression aircraft operate under ‘visual flight rules’, and so are only used in areas where there is no smoke. As part of routine procedures, Pilots and Air Operations Managers must always assess risk on a case-by-case basis, and turbine towers will be treated in the same way as any other tall obstacle. 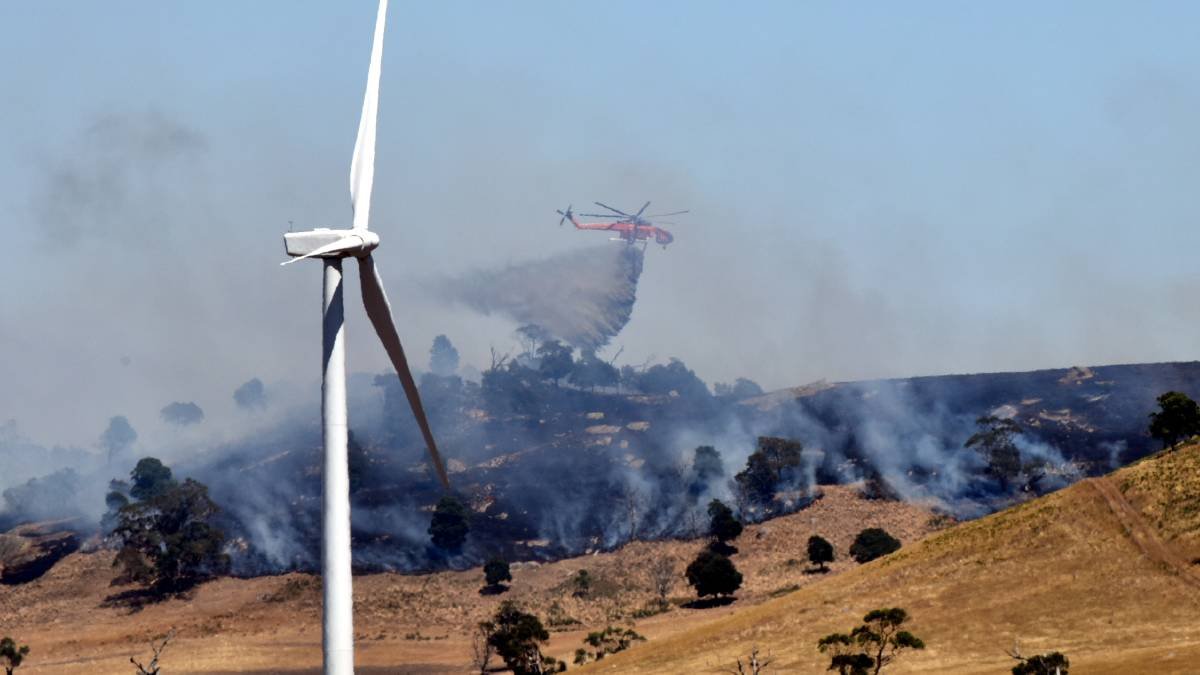 CFA guidelines require turbines to be at least 300m apart to allow adequate distance for aircraft to operate around a wind-energy facility. The minimum spacing of our turbines is 600m, and in many cases considerably more than this.

In the event of a fire, the turbines would be shut off and parked in the Y position to reduce the risks to aircraft operations from wake turbulence and moving blades. Several examples of successful aerial fire suppression operations in both Victoria and South Australia are highlighted in the risk assessment.