Geotechnical, potential land contamination and hydrogeological issues have been examined in a desk top assessment conducted by Golder Associates and proposed mitigation measures designed to ensure any potential adverse impacts are minimised.

No specific testing or investigation of the properties of materials was conducted, as a result geological and landform descriptions and assessments of the processes are either qualitative or based on previous studies sourced from literature, supplemented by non-invasive field inspection. 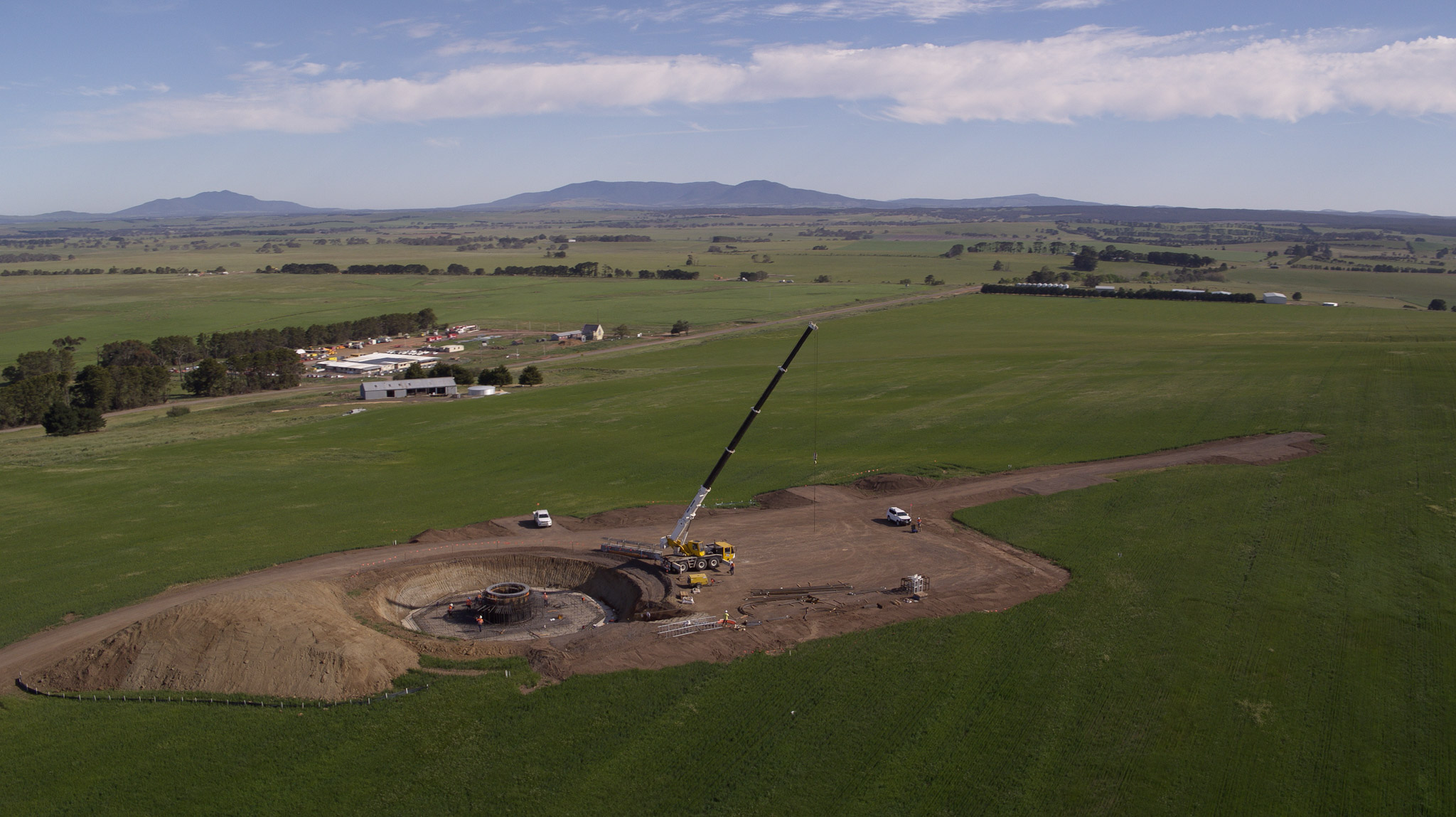 Legislation and government policies that are relevant to the desktop assessment include the following:

Most of the terrain on which the wind farm development is proposed is an incised plateau, with low angle slopes at higher elevations and relatively steep slopes in the vicinity of water courses.  The proposed wind farm straddles a surface water divide, draining towards the north-west and south-east.

An existing quarry located near the centre of the Project is used for the extraction of basalt materials to produce crushed rock and select fill products.  Several minor water courses pass through the Project area, including Silver Creek and Stony Creek which are tributaries of the Morwell River to the east of the site.

None of the wind turbines are proposed to be located in areas identified as susceptible to landslide. In addition, most of the area is vegetated significantly reducing its susceptibility to erosion.

Drainage from the site is towards the north-west or south-east toward the Morwell River, generally away from the Narracan Creek catchment.   The distance between the proposed turbine locations and water courses is typically 100m or more. Provided erosion control measures in compliance with the relevant EPA guidelines are implemented the project will have negligible impact on surface water.

Groundwater is expected to be 10 metres below ground surface. Excavations for wind turbine foundations will generally be less than 5 metres in depth and so do not expect to encounter groundwater.  Site specific investigations will be required at each wind turbine location.

No decisions have been made on the use of groundwater as a water source for the project. Further detailed assessments and approval under the Water Act 1989 would be required to prior to any ground water being used.

The Driffield Quarry located towards the centre of the project area extracts rock and soil.  There are potentially stone resources underlying the location of wind turbine T08.  No stone resources have been identified elsewhere within the Project site.

The Thorpdale area has a history of low magnitude earthquakes of up to Magnitude 5.4 occurring within approximately 3 kilometres of the site. The effects on structures of earthquakes of this magnitude are typically mitigated through engineering design using the methods set out in AS1107.4-2007 ‘Structural design actions Part 4: Earthquake actions in Australia’.

The project area has a very low susceptibility to dry land salinity.

As the wind farm development will not involve construction over areas of existing residential or agricultural infrastructure, the risk of soil contamination being encountered by the project is low.  In the unlikely event that contaminated soil is encountered, it would be disposed of off-site at an appropriately licensed facility.