There are number of ways in which we are investigating the visual impacts of the project on surrounding areas. A Preliminary Landscape and Visual Impact Assessment has been completed and can be downloaded by clicking on the link to the right. We have also introduced virtual reality and augmented reality technology to help give a realistic, accessible view of what the project will look like from a range of locations around the project area.

The Preliminary Landscape and Visual Impact Assessment (PLVIA) provides an initial assessment of the Project in support of a referral to the Minister for Planning in accordance with the Environment Effects Act 1978.

Our consultants at Immersive captured footage from six different locations around the project site to develop a 360-degree virtual reality (VR) experience using headsets. The VR headsets were available at our most recent community open days, and at our office afterwards, and will be made available again at some point in the future.

In order to maximise the number of people who can view the footage, these virtual reality experiences have been converted into interactive videos hosted by Vimeo. The videos require log in. The password for all is OSMI-IGNITION.

All videos are available in either 2K or 4K resolution. The headsets provide the images in 8K, so viewing the Vimeo files in 4K (higher quality than 2K) is recommended; however the higher resolution files will require more data to properly render in your internet browser. The default setting in Vimeo is for 2K, so to load in 4K, go into Vimeo and go to the * settings icon and click 4K.

The videos won’t give the same real-life 360-degree experience as the headsets, but they give a good representation of the moving wind turbines to scale in the local landscape. The noise in the videos is the existing environmental (background) noise that was recorded on the day and does not include any representation of any wind turbine noise.

Click on the links below to view each video: 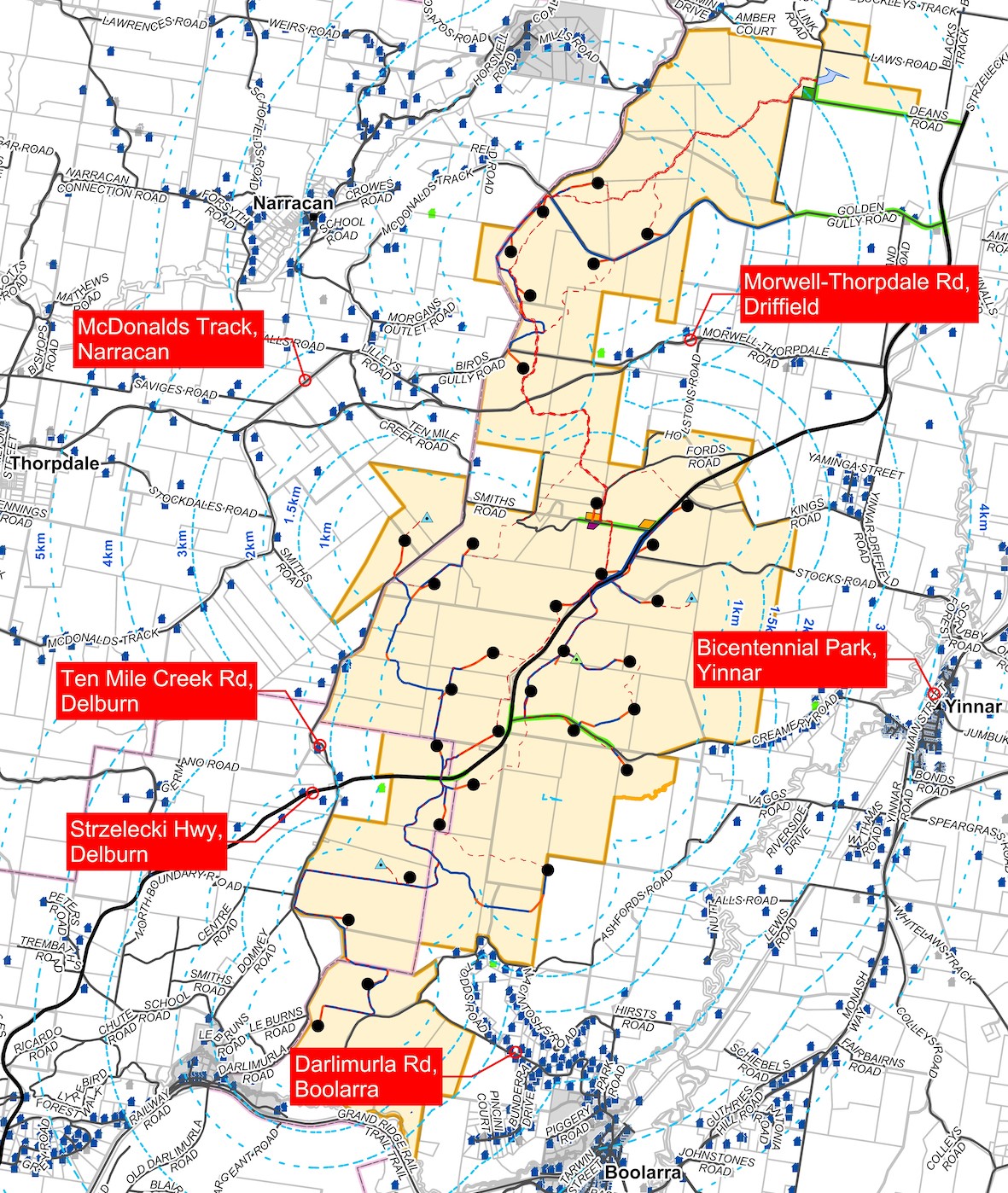 In addition to the virtual reality, we now have an augmented reality (AR) tool to assist us in making fast and accessible visual assessments from a wide range of locations around the project site, including private residences and viewing sites. Images are captured with a specialised iPad on a tripod, and then images of the turbines, to scale in the landscape and in the current layout, are superimposed into the photos.

The photos require calibration to ensure that the turbines are in the correct location in the image. Calibration is conducted on the computer, however the raw image in the field can be viewed to give a rough idea of what the view of the project will be from that location.
We can also show landowners footage of the moving turbines from each location and capture that as a video. The images captured are automatically transferred into an online data portal for the visual software and remain the property of OSMI as the licence holder for the software. We will provide images and/or video files of the relevant captured points to each landowner and can determine things like the elevation of that relative to the turbines using terrain data in the model.

The AR footage allows residents to view a realistic, scale representation of the wind turbines (both static and moving) from key locations around their dwelling. The AR technology will be tested on existing wind-farm sites to validate the modelled and actual scale and location of wind turbines, and this validation will form part of the visual report as evidence that the technology provides a scale representation of the proposed wind turbines, consistent with the existing accepted photomontage technology.